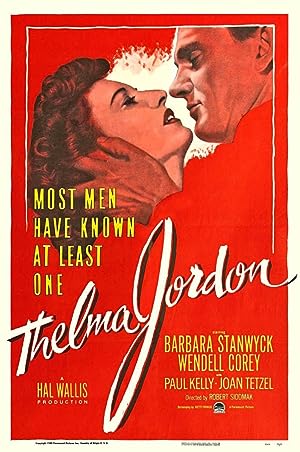 Summary: Assistant District Attorney Cleve Marshall, depressed about marital troubles, is drowning his sorrows in a bottle of whiskey when the mysterious and alluring Thelma Jordon walks in to report an attempted burglary. The two become romantically involved and not long afterwards there is a burglary and murder at Thelma’s aunt’s house. Cleve is drawn further and further into defending and covering up for Thelma. It soon becomes clear that this road will only lead to disaster.