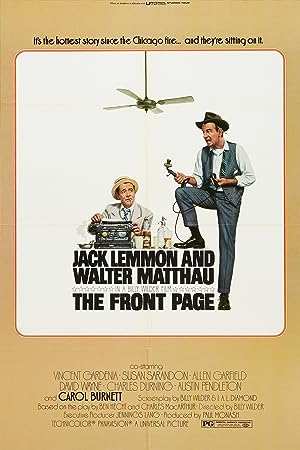 Summary: When Hildy Johnson, the top reporter of a Chicago newspaper announces that he is quitting to get married, his editor, Walter Burns desperately tries to change his mind. When denial, cursing, and luring don’t work, Walter resorts to tricks. It’s the day before a supposed communist is to be hanged, and all Chicago waits with baited breath. Meanwhile, each of the papers has a man on the story trying to get a scoop or angle for themselves. With a train to catch at midnight to join his fiancé, Hildy is at first not interested, but events and his own habits work against him as the day unfolds, and he can’t help but get roped in, especially when the man to be executed escapes and then almost literally falls into his lap.