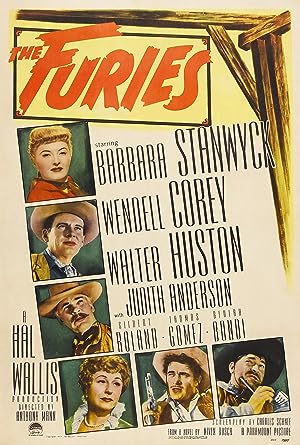 Summary: The 1870s, New Mexico territory: T.C. Jeffords is a cattle baron who built his ranch, the Furies, from scratch. He borrows from banks, pays hired hands with his own script (“T.C.’s”), and carries on low-level warfare with the Mexicans who settled the land but are now considered squatters. He has enemies, including Rip Darrow, a saloon owner who’s father T.C. took land from. His headstrong daughter, Vance, has a life-long friend in one of the Mexicans, her heart set on Rip, and dad’s promise she’ll run the Furies someday. Her hopes are smashed by Rip’s revenge, a gold-digger who turns T.C.’s head, and T.C.’s own murderous imperialism. Is Vance to be cursed by fury and hatred?