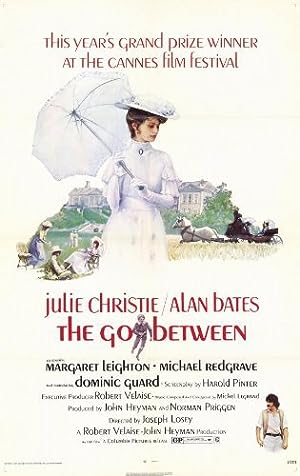 Summary: Summer 1900: Queen Victoria’s last and the summer Leo turns 13. He’s the guest of Marcus, a wealthy classmate, at a grand home in rural Norfolk. Leo is befriended by Marian, Marcus’s twenty-something sister, a beauty about to be engaged to Hugh, a viscount and good fellow. Marian buys Leo a forest-green suit, takes him on walks, and asks him to carry messages to and from their neighbor, Ted Burgess, a bit of a rake. Leo is soon dissembling, realizes he’s betraying Hugh, but continues as the go-between nonetheless, asking adults naive questions about the attractions of men and women. Can an affair between neighbors stay secret for long? And how does innocence end?