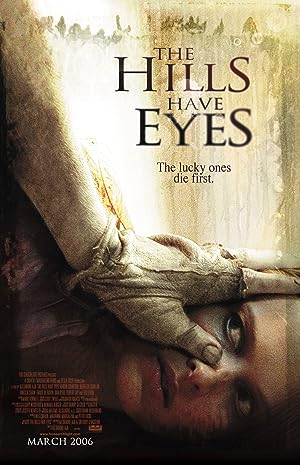 Summary: While celebrating their 50th wedding anniversary, a couple are caravanning through the desert with their 3 children, son in law and their baby granddaughter. While the rest of the family agrees there are plenty of better and more appropriate things to do to celebrate an anniversary, they make do with what they have, but things take a turn after a sketchy gas station attendant informs them about a “short cut” that will take them in between a series of hills in the desert. It doesn’t take too long before they realise they’re not alone and the hills indeed do have eyes.