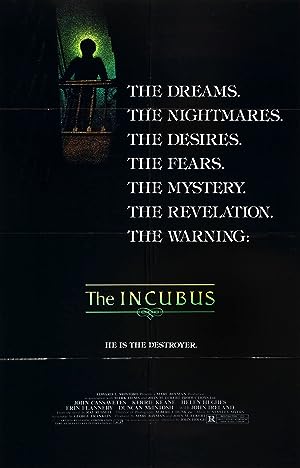 Summary: In a small town, Roy Seeley and his girlfriend Mandy Pullman are camping by the lake. Out of the blue, they are attacked and Roy is murdered while Mandy is violently raped. Dr. Sam Cordell is impressed with the violence and realizes that Mandy has had the uterus ruptured. Then the librarian Carolyn Davies is also violently raped and murdered. Lieutenant Drivas believes that the women have been raped by a gang while Sam and Sheriff Hank Walden believe that only one man did. The snoopy reporter Laura Kincaid is always interfering with the investigation and Sam has a love affair with her. Meanwhile the young Tim Galen, who dates Sam’s daughter Jenny Cordell, discloses that he has premonitory visions of the deaths, but his grandmother Agatha Galen tries to convince him that he has nothing to do with the murders. But when Jenny learns about his dreams, she summons her father, Laura and they discover a supernatural secret about the Galen’s family.