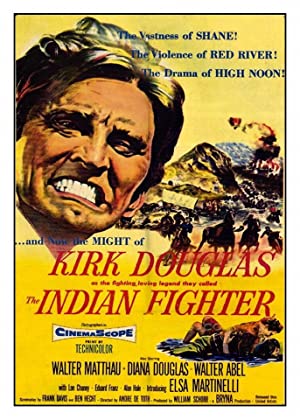 Summary: Johnny Hawks, a former Indian fighter, returns to the West after the Civil War. He reacquaints himself with the Indian band led by Red Cloud. Red Cloud’s beautiful daughter has now grown into womanhood… Unscrupulous whisky traders are after the gold on Indian land. Hawks averts serious bloodshed by convincing Red Cloud to make a treaty… Hawks leads an Oregon-bound wagon train through Indian territory. When he slips away to see the chief’s daughter, trouble between braves and whisky traders flares up anew, putting the wagon train and the nearby fort in peril…