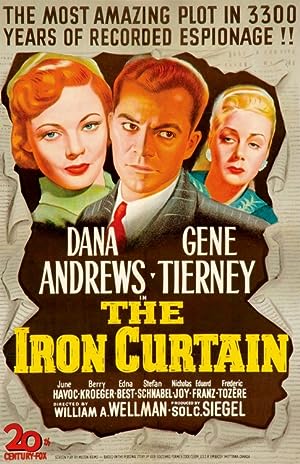 Summary: Soviet soldier turned bureaucrat Igor Gouzenko is assigned to his first overseas posting in 1943 to Ottawa, Canada, as a cipher clerk for the military attaché, their offices in a secret wing of the Soviet embassy. Igor is not to tell anyone what he does for a living, he given a cover story which he is to recite even when questioned by his own people. He and his wife Anna Gouzenko are supposed to be cordial to their Canadian neighbors and associates, but not fraternize or befriend them, as they are still considered the enemy, despite both countries being on the same side in the war. Igor follows his instructions to a T, but it is more difficult for Anna, who does not have the distraction of work during the day, and who can see that their neighbors are not their enemies but good people much like themselves. Over the next few years, Igor sees that what is happening around him and the work in which he is involved will not result in a world in which he wants to raise his newborn son, Andrezj. As such, the Gouzenkos decide not to return to the Soviet Union. Besides defecting, Igor wants to expose what he is privy to, namely that there is a secret Soviet spy ring operating in Canada, which is comprised of people in authority, such as Canadian military personnel and elected officials. The spy ring’s biggest project is to provide the Soviet government with secrets concerning the atomic bomb. Igor being able to get the necessary papers out of the embassy will be difficult enough, especially as he, Anna and Andrezj have been notified that the posting has concluded and that they are scheduled to return to the Soviet Union, but proving his claim to someone in authority in Canada who will listen before the Soviets discover what he is doing is a whole different matter.