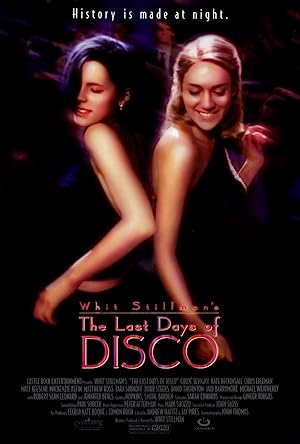 Summary: Last Days of Disco loosely depicts the “last days” at a disco palace, where drugs, sex and weirdness ran rampant. The story centers around a group of friends who frequent the disco and each other. All the characters are searching for something to make their lives more fulfilling. Some are searching for everlasting love and some are just wanting something different. As the disco is closed, they all wonder can disco ever really be dead?