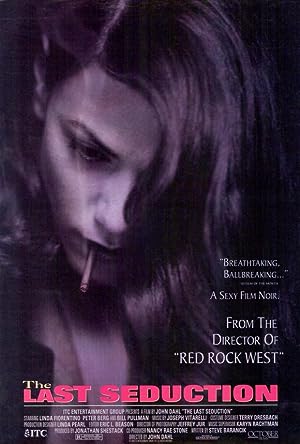 Summary: Bridget Gregory has a lot going for her: she’s beautiful, she’s intelligent, she’s married to a doctor. But all of this isn’t enough, as her husband Clay finds out. After she persuaded him to sell medicinal cocaine to some drugdealers, she takes off with the money, almost a million dollars, and goes undercover in a mid-American smalltown. Because Clay has to pay off a loan shark who’ll otherwise damage him severely, he keeps sending detectives after her, trying to retrieve the money. When Bridget meets Mike Swale, a naive local who is blinded by her beauty and directness, she devises an elaborate, almost diabolical scheme to get rid of Clay once and for all.