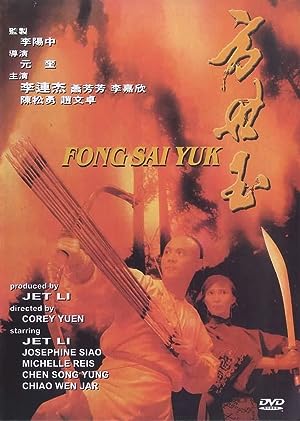 Summary: This Hong Kong martial-arts extravaganza tells of evil emperors and true love. The secret Red Lotus Flower Society is committed to the overthrow of the evil Manchu Emperor and his minions. One of his Governors is sent on a mission to retrieve a list of members of that secret society. Meanwhile, Canton kung fu practitioner Fong Sai-Yuk falls in love with the beautiful daughter of a rich merchant, recently moved to Canton. Her father, in an attempt to gain influence in the region and thus improve his business, offers his daughter in marriage to the winner of a kung-fu contest. Some interesting gender role-reversals take place during a ‘comedy of errors.’