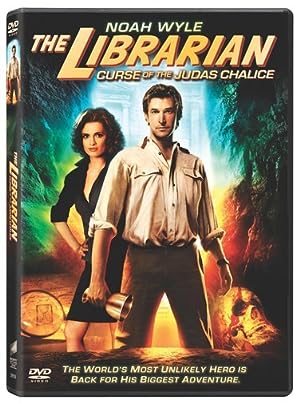 The Librarian III: The Curse of the Judas Chalice (2008)

Summary: After retrieving the philosopher’s stone at an auction but losing his girlfriend, The Librarian Flynn Carsen has a breakdown. Charlene and Judson ask him to spend some time on vacation. Flynn travels to New Orleans and he has a crush on a French singer (Simone Renoir). However he discloses that she is the guardian of a key to access the Judas Chalice that is capable to resurrect vampires. Meanwhile the former Russian Minister of Defense Sergei Kubichek is seeking the chalice to revive Vlad the vampire with the support of Professor Lazlo. Also to raise an army of undead to bring Russia back to the top of the world. When Simone reveals that she is a vampire, Flynn question whether she is not using him to reach the chalice and increase her power.