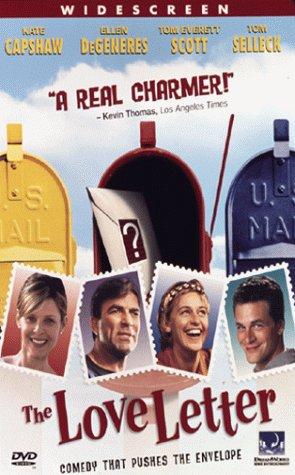 Summary: The power of words and images to open hearts. Helen runs, miles a day, to burn off energy: she’s an emotional celibate. Going through the post at her shop, she finds a romantic and poetic letter between the couch cushions, unsigned, and thinks it’s for her. It melts her resistance to feelings, and soon she undertakes an affair with Johnny, a collegiate employee. (He sees the letter and thinks she wrote it to him; he quotes some of it, so she thinks he wrote it to her.) In the background are Helen’s long-time friend, George, who loves her, and her mother who abruptly left on a long trip months’ before. Discovering who actually wrote the letter brings insight and promise.