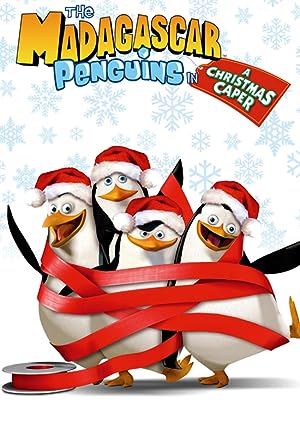 The Madagascar Penguins in a Christmas Caper (2005)

Summary: On Christmas Eve, Private slips out of the zoo for some last-minute shopping. In the city he’s mistaken as a cute chew toy by a mean old woman named Nana, who gives Private to her vicious dog, Mr. Chew. On a mission to rescue their penguin pal, Skipper, Kowalski and Rico risk life and flipper as they take on Nana and Mr. Chew with an explosive solution that will leave you laughing out loud.