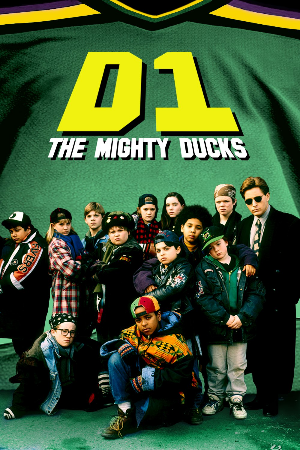 Summary: Gordon Bombay, a hotshot lawyer, is haunted by memories of his childhood, when, as the star player in his champion hockey team, he lost the winning goal in a shootout, thereby losing the game, and the approval of his coach. After being charged for drunk driving, the court orders him to coach a peewee hockey team, the worst in the league, Gordon is at first very reluctant. However, he eventually gains the respect of the kids and teaches them how to win, gaining a sponsor on the way and giving the team the name of The Ducks. In the finals, they face Gordon’s old team, coached by Gordon’s old coach, giving Gordon a chance to face old ghosts.