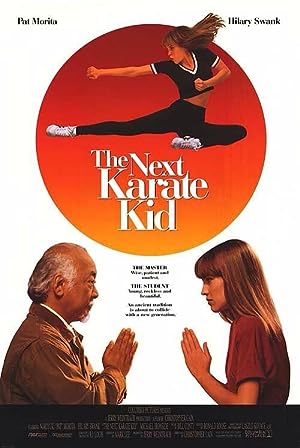 Summary: During a commemoration for Japanese soldiers fighting in the US Army during World War II, Mr. Miyagi meets the widow of his commanding officer. He gets to know her granddaughter Julie, an angry teenager who is still feeling the pain of losing both her parents in an accident and is having problems with her grandmother and her fellow pupils. Mr. Miyagi decides to teach her karate to get her through her pain and issues and back on the right path.