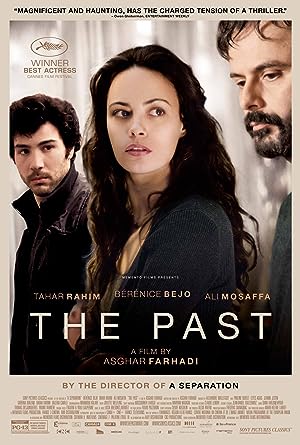 Summary: Coming back to accomplish the divorce procedure, Ahmad an Iranian man, arrives in Paris after four years to meet his ex-wife and her daughters from her previous marriage. He notices his ex is in a relationship with an Arab named Samir who also has a son and a wife in a coma. The relationship of the older daughter and her mother is in deterioration because the daughter thinks her mother is the cause of Samir’s wife comatose state. The affairs get more complicated when the older daughter discloses something heinous she has done.