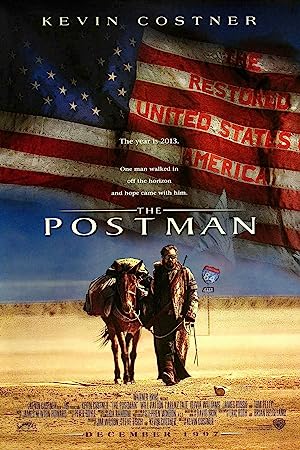 Summary: 2013,Post-Apocalyptic America. An unnamed wanderer retrieves a Postman’s uniform and undelivered bag of mail. He decides to pose as a postman and deliver the mail to a nearby town, bluffing that the United States government has been reinstated and tricking the town into feeding him. However, he reluctantly becomes a symbol of hope to the townspeople there who begin to remember the world that once was and giving them the courage to stand up to a tyrannical warlord and his army.