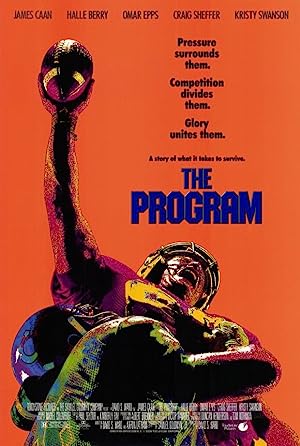 Summary: A college football coach is told by his bosses that unless they do better this season it could be his last. To bolster the team he recruits a talented tail back. A female student is assigned to help him assimilate with college life and that includes doing his studies because he spent his whole life just playing football. And he finds himself attracted to her and she already has a boyfriend who is also on the team but he might be more concern about losing his position than losing her to him. And the coach has to deal with his other players’ situations like the team’s quarterback who deals with his father being distant by drinking and it eventually gets him in trouble. And one of the team’s defensive players is obviously using steroids but passes the drug tests.