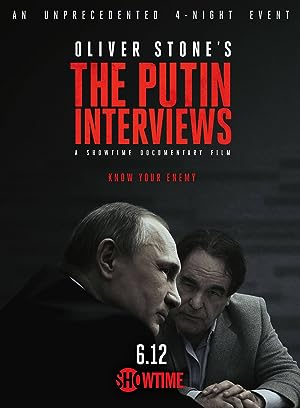 Summary: Granted unprecedented access to both Putin’s professional and personal worlds, Oscar®-winning writer and director Oliver Stone (Platoon, JFK) with the help of his longtime documentary producer Fernando Sulichin, interviewed the Russian leader more than a dozen times over the course of two years, most recently in February following the U.S. presidential elections. Since first becoming the president of Russia in 2000, Putin has never before spoken at such length or in such detail to a Western interviewer, leaving no topic off limits. In scope and depth, THE PUTIN INTERVIEWS recalls The Nixon Interviews, the series of conversations between David Frost and Richard Nixon that aired in the spring of 1977, 40 years ago.