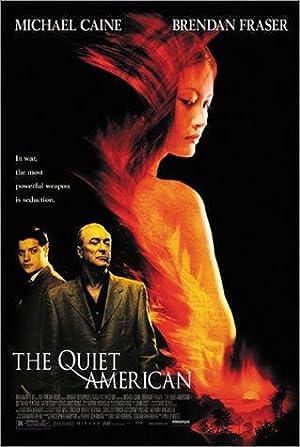 Summary: British Thomas Fowler enjoys his life in Saigon working as a reporter for the London Times, covering the conflict in Vietnam between the colonial French powers and the communists, who seem to be winning the war. In the later stages of his career, he takes his job lightly now, filing stories only on occasion, and no longer doing field work. But most important, this posting allows him to escape from what he considers a dreary life in London–including an unsatisfying marriage to a Catholic woman, who will never grant him a divorce–which in turn allows him to have an affair with a young Vietnamese ex-taxi dancer named Phuong, whom he loves and would marry if he were able. Phuong’s sister doesn’t much like Fowler if only because Fowler cannot provide a stable future for her. His idyllic life is threatened when head office suggests he go back to London. In this way, he decides to write a major story to prove to his superiors that he should stay in Saigon. In 1952, Fowler is called into the local police inspector’s office to provide any information on his friend, thirty-ish American Alden Pyle, who has been found murdered. Fowler had met Pyle the previous year when he arrived in Vietnam to work as part of the American contingent in the Economic Aid Mission. Fowler and Pyle’s relationship was not always harmonious, initially as Pyle admitted he too was in love with Phuong and wanted to marry her. That antagonistic relationship would extend to their professional lives, around Fowler believing that the story that would allow him to stay in Vietnam was the rise of a man named General Thé, and Pyle’s belief that a third power should come in to take over Vietnam from both the French and the communists. The question becomes whether Fowler knows more about Pyle’s demise than he lets on to the inspector.