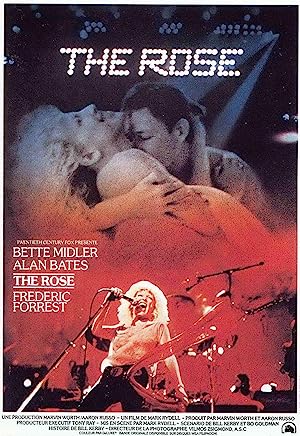 Summary: Bette Midler plays The Rose, a female rock star strikingly similar to Janis Joplin. The film follows Rose’s career during her last tour, as she’s determined to return to her Florida hometown. Although a success, she’s exhausted and lonely but continued working by her gruff and greedy manager. Though loud and brassy, Rose is an insecure alcoholic and former drug user who seems to crave approval in her life. She begins a romance with a limousine driver, who’s actually an AWOL sergeant from the United States Army. Her rock and roll lifestyle of Drugs, Sex, and Rock and Roll and constant touring lead her to an inevitable breakdown.