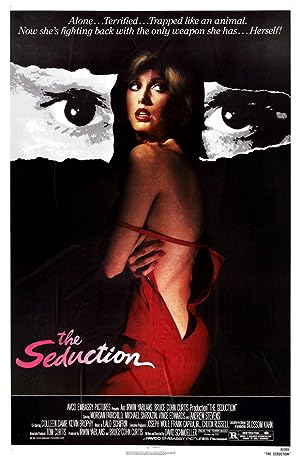 Summary: Los Angeles anchorwoman Jaime Douglas has it all: a glamorous career on a top-rated news show, a luxurious house in the hills, and a devoted young admirer named Derek. But when Jaime rebuffs his romantic advances, Derek becomes an obsessed stalker who plays out an increasingly psychotic courtship with the frightened newswoman. Soon he is threatening every part of her life, secretly watching ever her most intimate moments. Her tough-talking lover can’t help her. A by-the-book policeman can’t protect her. Now Jaime is alone, trapped like an animal and fighting back with the only weapon she has left. Will she finally be forced to use luscious body to fulfill the seduction?