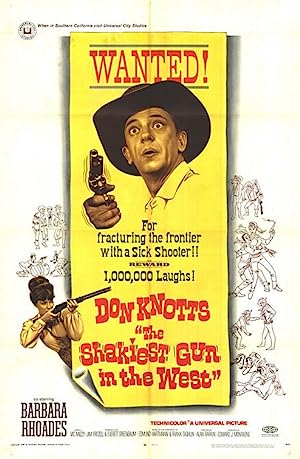 Summary: Jesse W. Haywood graduates from dental school in Philadelphia in 1870 and goes west “to fight oral ignorance.” Meanwhile stagecoach robber Penelope “Bad Penny” Cushing is offered a pardon if she will track down a ring of gun smugglers. She tricks the bungling Haywood into a fictitious marriage as a disguise, and he becomes the heroic “Doc the Haywood” after he guns down “Arnold the Kid” and performs other exploits with Penny’s help (unbeknown to him or anyone else).