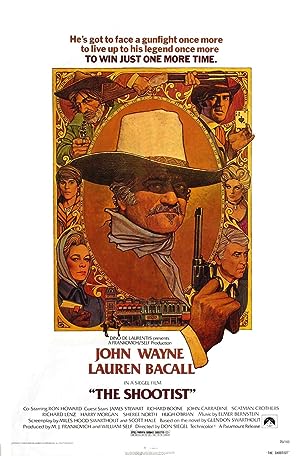 Summary: John Books an aging gunfighter goes to see a doctor he knows for a second opinion after another doctor told him he has a cancer which is terminal. The doctor confirms what the other said. He says Books has a month maybe two left. He takes a room in the boarding house and the son of the woman who runs it recognizes him and tells his mother who he is. She doesn’t like his kind but when he tells her of his condition, she empathizes. Her son wants him to teach him how to use a gun. Books tries to tell him that killing is not something he wants to live with. Books, not wanting to go through the agony of dying from cancer, tries to find a quicker way to go.