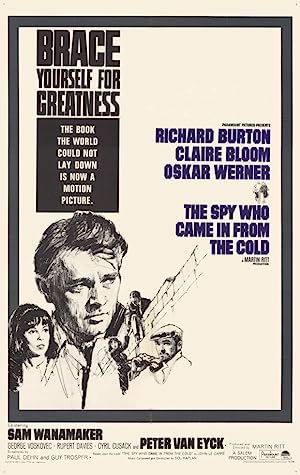 Summary: Alec Leamas, a British spy is sent to East Germany supposedly to defect, but in fact to sow disinformation. As more plot turns appear, Leamas becomes more convinced that his own people see him as just a cog. His struggle back from dehumanization becomes the final focus of the story.