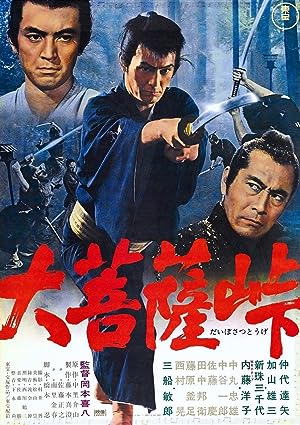 Summary: Ryunosuke is a sociopathic samurai without compassion or scruples. When he is scheduled for an exhibition match at his fencing school, the wife of his opponent begs Ryunosuke to throw the match, offering her own virtue in trade. Ryunosuke accepts her offer, but kills her husband in the match. Over time, Ryunosuke is pursued by the brother of the man he killed. The brother trains with the master fencer Shimada. In the meantime, however, Ryunosuke earns the enmity of the band of assassins he runs with, and it becomes a question of who shall face him in final conflict.