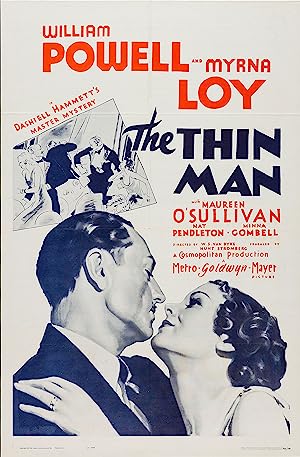 Summary: After a four year absence, one time detective Nick Charles returns to New York with his new wife Nora and their dog, Asta. Nick re-connects with many of his old cronies, several of whom are eccentric characters, to say the least. He’s also approached by Dorothy Wynant whose inventor father Clyde Wynant is suspected of murdering her father’s mistress (his former secretary ).. Her father had left on a planned trip some months before and she has had no contact with him. Nick isn’t all that keen on resuming his former profession but egged-on by wife Nora, who thinks this all very exciting, he agrees to help out. He solves the case, announcing the identity of the killer at a dinner party for all of the suspects.