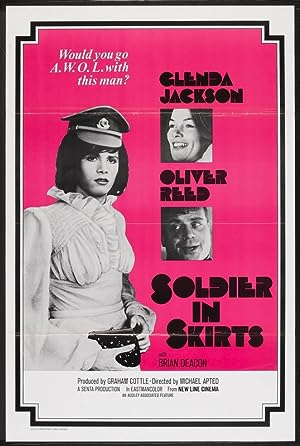 Summary: Barton is a soldier in WW2 England; he meets Alice, who is looking after her farm single-handed as her husband is a prisoner of the Japanese. Barton stays overnight and they get friendly, and he decides to desert and stay with Alice. They become lovers. As a cover, she tells people in the village that her sister is staying with her, and Barton dresses the part. He has mixed feelings about the feminine role but evidently grows accustomed to it. Eventually an army sergeant comes to the farm, and is glad to learn that there are two unattached women there; he has sexual designs on them. Alice rebuffs him and he concentrates on Barton, as “Cathy”. Barton is flattered by the attention, and foolishly agrees to go to a Christmas dance at the army base with the sergeant, obviously not realising that sexual activity will be involved, despite Alice’s warnings. At the party, Barton realises what is developing, but can’t escape, and the Sergeant won’t take no for an answer.