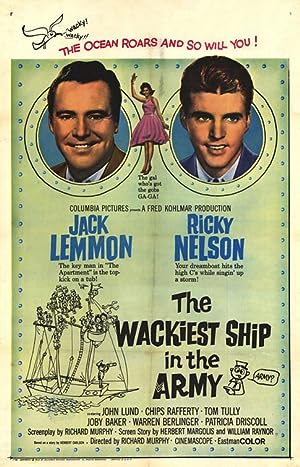 Summary: Lieutenant Rip Crandall is hoodwinked into taking command of the “Wackiest Ship in the Navy” – a real garbage scow with a crew of misfits who don’t know a jib from a jigger. What none of them knows, including Crandall, is that this ship has a very important top-secret mission to complete in waters patrolled by the Japanese fleet. Their mission will save hundreds of allied lives – if only they can get there in one piece.