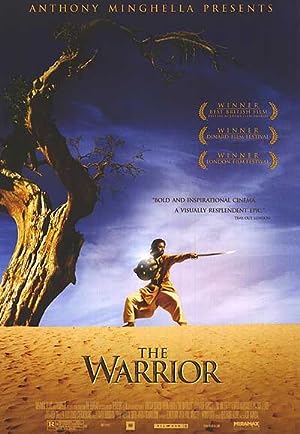 Summary: Circa feudal India in the State of Rajasthan is a desert region that is ruled over by a cruel and sadistic Lord, who, with the help of a handful of equally cruel and fierce warriors, led by Lafcadia, weigh a reign of terror upon those who do not submit or dare to oppose him. Long-haired Lafcadia is widowed but has a son, Katiba. Once when Katiba was by himself, he befriends a young girl, who ties a Raakhee on his hand and makes him her brother, and in return he gives her his amulet. When the Lord asks Lafcadia to subdue the villagers of Tarang, they carry out his orders. After the raid while Lafcadia stands by, his warriors rape and loot the villagers, it is then that Lafcadia is surprised by the very same young girl, and it is Katiba’s amulet that saves her from being killed. This incident has a deep impact on Lafcadia and he decides to give up his job & sword and seek peace in his village in Kullu in the Himalayas. When the Lord finds out, he asks the rest of the warriors to hunt down, kill, and behead their leader. Not able to find him, they kill and behead a look-alike and bring his severed head before the Lord. They also capture Katiba, who is asked to identify the head. After Katiba positives identifies the head to be that of his dad, he is killed, watched in shock by Lafcadia. Alone, devastated, an unarmed Lafcadia is on his own, when a local thief, Riaz, starts following him around. Unable to shake him off, Lafcadia just ignores him. Then he comes across a blind woman, and he comes to her assistance, carrying her in his arms. When the woman feels his face, she asks him to put her down, and it is then she tells him that he has blood on his face and refuses to speak with him. Subsequently, Riaz questions him whether he was the warrior who killed his father. Was Riaz’s dad killed by Lafcadia? What will be his fate now, especially when he finds out that the warriors are out in force looking for him – and this time they intend to kill him.