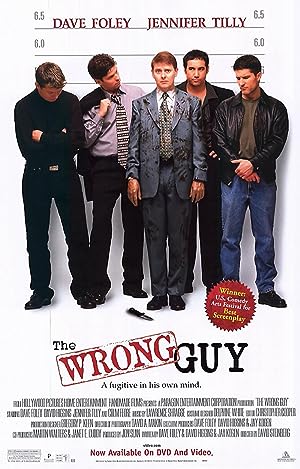 Summary: In Cleveland, the histrionic and clumsy executive Nelson Hibbert expects to be promoted to president of the Nigel Industries since he is engaged to the owner’s daughter. However, his future father-in-law Mr. Nagel chooses the executive Ken Daly for the position, and Nelson threatens him in front of the board of directors. Later he decides to pay a visit to Mr. Nagel but finds him dead with a knife in his neck. Nelson removes the knife and is covered of blood, becoming hysterical and leaving the office assuming that he is the prime suspect. However, the surveillance cameras disclose the identity of the killer, and while Nelson escapes to Metcaf believing that he is chased by the police, the killer is pursued by the police and tries to eliminate Nelson believing that he is a “super-cop” on his trail.

Note: Wait for the size and file fix.