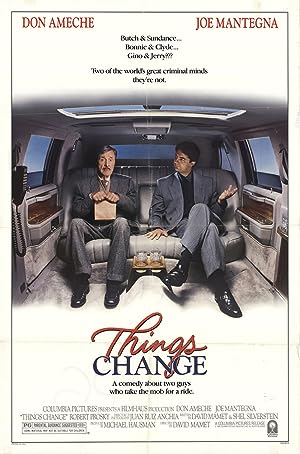 Summary: Gino, an Italian-American shoe-shiner with a remarkable similarity to a certain mafia don, is paid to take the rap for a murder. Jerry, a two-bit gangster on probation, is given a chance for redemption by guarding Gino for the weekend. But instead of sitting around a dingy hotel room, Jerry decides to give Gino a weekend to remember, taking him to Lake Tahoe. Jerry’s bragging to his friends of his important charge, as well as Gino’s dignified, quiet demeanor, soon result in much complication for them both.