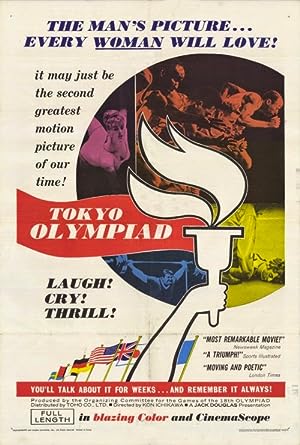 Summary: Ichikawa’s cameras follow the 1964 Summer Olympics from opening to closing ceremonies. Sometimes he focuses on spectators, as athletes pass in a blur; sometimes he isolates a competitor; other times, it’s a closeup of muscles as a hammer is thrown or a barbell lifted; or, we watch a race from start to finish. We see come-from-behind wins in the women’s 800 and the men’s 10,000 meters. We follow an athlete from Chad from arrival to meals, training, competition, and loss. Throughout, the film celebrates the nobility of athletes pushing themselves to the limit, regardless of victory.