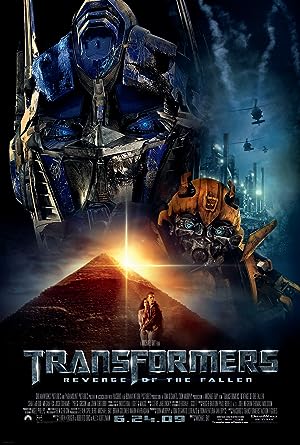 Transformers: Revenge of the Fallen (2009)

Summary: A youth chooses manhood. The week Sam Witwicky starts college, the Decepticons make trouble in Shanghai. A presidential envoy believes it’s because the Autobots are around; he wants them gone. He’s wrong: the Decepticons need access to Sam’s mind to see some glyphs imprinted there that will lead them to a fragile object that, when inserted in an alien machine hidden in Egypt for centuries, will give them the power to blow out the sun. Sam, his girlfriend Mikaela Banes, and Sam’s parents are in danger. Optimus Prime and Bumblebee are Sam’s principal protectors. If one of them goes down, what becomes of Sam?