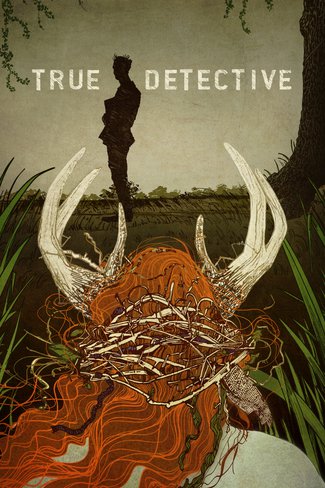 Plot: New Orleans native and novelist Nic Pizzolatto (“Galveston”) wrote and created this crime drama that focuses on a pair of homicide detectives in Louisiana and a trail of murder, mayhem and mystery that spans 17 years. Featuring the music of T Bone Burnett and directed by Cary Fukunaga, the series opens in 1995 as good ol’ boy Martin Hart (Woody Harrelson) and his brooding, Texas-born partner, Rust Cohle (Matthew McConaughey), are called to the scene of a gruesome, ritualistic killing of a young woman, who was posed by a tree, adorned with deer antlers on her head and accompanied by strange symbols. Fast-forward to 2012, Hart and Cohle are grilled by another pair of detectives (Tory Kittles, Michael Potts) who are investigating a case that bears striking similarities to the one before. In between is a glimpse of 2002, when Hart and Cohle struggled to deal with their inner demons in separate but equally destructive ways. With Michelle Monaghan, Kevin Dunn, Lili Simmons and Shea Whigham.