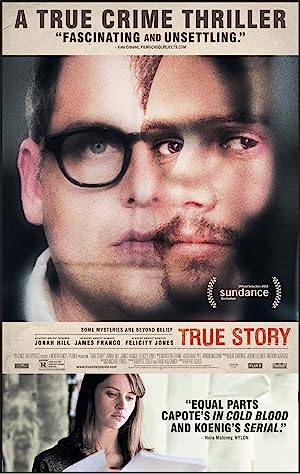 Summary: Jonah Hill plays Michael Finkel, a recently terminated New York Times journalist who’s struggling for work after a story gone wrong. One day, he receives a phone call from a man regarding an FBI Most Wanted individual named Christian Longo, who’s been captured and claimed to be living as Finkel. Longo and Finkel meet and form a potentially marriage shattering bond while Longo is in prison awaiting his trial. Finkel exchanges journalism tips for the real events behind Longo’s alleged heinous acts of murdering his family. Through the twists and turns in the movie, only at the end will Finkel uncover the True Story.