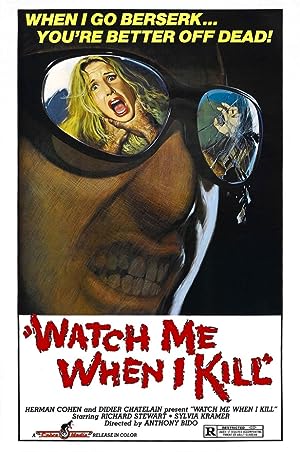 Summary: A pharmacist is murdered, and a woman happens to see the culprit leave the scene. She soon finds herself being stalked by the killer, and when her boyfriend tries to discover who the murderer is and stop him, he begins to find out that there is much more to the murder than the ordinary killing it first appeared to be.

Tags: 1080pBluRayBUMPFLACHiFiLosslessREMUXWatch Me When I Kill