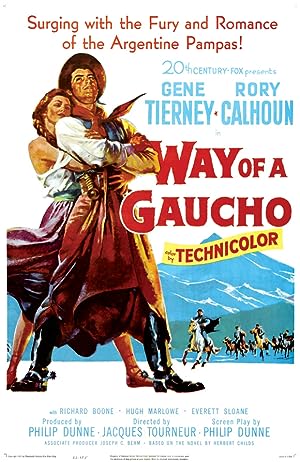 Summary: Set in the Argentina of about 1875 in which a customary punishment for killing was a sentence to army service. A young gaucho deserts his army sentence and becomes a bandit leader and also gets his sweetheart pregnant. Seeing the futility of his ways, he takes her to a church to be married prior to surrendering himself back to the army.