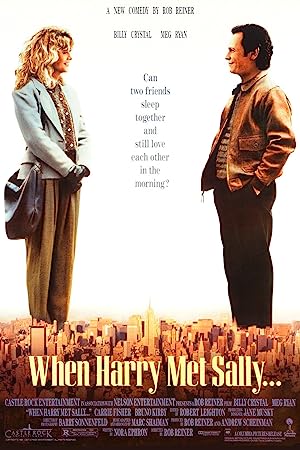 Summary: Harry and Sally meet when she gives him a ride to New York after they both graduate from the University of Chicago. The film jumps through their lives as they both search for love, but fail, bumping into each other time and time again. Finally a close friendship blooms between them, and they both like having a friend of the opposite sex. But then they are confronted with the problem: “Can a man and a woman be friends, without sex getting in the way?”