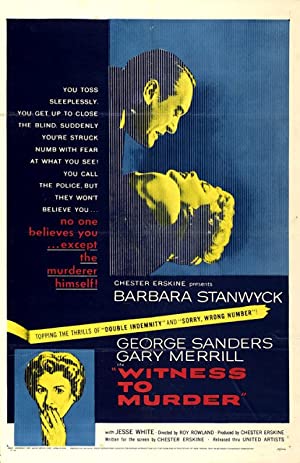 Summary: Cheryl Draper (Barbara Stanwyck) sees a murder through her bedroom window, but no one will believe her. She is stalked by the suave killer (‘George Sanders’), who first takes steps to convince police she is crazy, but she has ally in a sympathetic policeman (Gary Merrill).