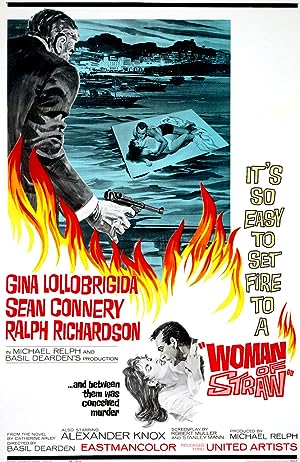 Summary: A ruthless tycoon, whom his nephew (Anthony “Tony” Richmond) hates as he had both deprived his father of half of the family business and had (after his father had committed suicide) married his mother. A nurse (Maria) from a poor Italian family, is initially hired to care for the tycoon. She initially dislikes him because he abuses his employees. Tony convinces Maria to persist in his employ, however, telling her that he plans to bequeath his entire (50 million pound) fortune to charity. He plans to help her marry him, then to help him change his will, and (perhaps) then to help her achieve her inheritance…all for a payoff of 1 million pounds.